The storage space that is commonly used on computers today is HDD or Hard Disk Drive. However, as time goes by and technology continues to grow, computer or laptop manufacturers are starting to replace their product storage space technology with something new and able to work better like different Types of SSD.

For a laptop to be able to show better and faster performance, the components used in it must also be able to work optimally. One part of a laptop that is quite influential on the performance of these devices is storage space.

Computer storage space is currently divided into two, namely the type of HDD (Hard disk drive) and SSD (solid-state drive). For now, SSD is the best storage space to choose from.

For those who are often messing around with computers, they must already know what SSD is. SSD is a data storage medium as well as HDD. Currently SSDs have started to be widely used, especially on the latest computers that have quite high prices. Because it has been widely used, this SSD has started a lot on the market. In fact, many SSDs from the best brands you can choose from.

SSDs have recently been able to replace HDDs on some old laptops and are usually done by users who want to improve and improve the quality of work of these devices. SSD is one of the thinnest storage options available on the market.

What are the Advantages of SSD compared to HDD?

Although the same function, SSD and HDD have some differences. SSDs are made with more advanced technology so they have many advantages. So what are the advantages possessed by SSD?

Because SSDs are made without moving components in them, these devices come with smaller and thinner designs. Thus, laptops that use SSDs can be made even thinner to attract the attention of buyers. Although thin, SSD can work better than HDD.

Laptops with SSDs can show faster performance, such as when the computer is booting or multitasking. That’s because this SSD can read and write data faster than HDD. Old, slow laptops can try using an SSD so that their performance rises again.

Because the design is made as light as possible, this SSD has a stronger endurance. And once due to the absence of moving components in the SSD body, this device can withstand collisions, falls, to extreme temperatures. Thus, this SSD has a longer service life than HDDs that have movable components.

And because SSDs work in silence, then this storage device does not consume a lot of battery power, so the computer has a longer usage time (although in general, the storage media on the computer does not drain too much power) and the resulting temperature is low (not hot fast).

Does SSD Have Drawbacks?

The advantages possessed by SSDs are not necessarily perfect. Even because of these advantages, SSDs have disadvantages. Anything?

The largest SSD capacity that you might find on the market today is 4 TB at a very expensive price. To be affordable for every consumer, SSD also has a smaller capacity (in the hundreds of GB) that can be purchased at a price that is quite affordable.

In comparison, the largest HDD capacity available on the market for consumer use reaches 14 TB to 80 TB. But maybe SSD capacity will also increase in the future.

Because of this, the price offered for an SSD can be several times more expensive than the price of a HDD with the same capacity. That is because mainly due to higher production costs. Even so, SSDs offer better quality.

2. Usage Depends on the Data Written

Although SSDs have better capabilities and durability compared to SSDs, SSDs have weaknesses in terms of service life. For information, the lifetime of the HDD depends on whether the HDD disc is damaged inside. While the lifetime of an SSD depends on the use of write or how much data can be written. As for reading, it’s not very influential.

For example, a 250 GB SSD generally has a certain amount of data life that can be written, such as 300 TB. If the write data reaches reach 300 TB, the SSD will be damaged. Several programs provide information about the data limit of this write. However, according to the writings of Michael Crider of the Howtogeek.com site, the age of SSDs tends to be more durable than the maximum estimated achievement of data that can be written.

Types of SSDs Based on Shape and Size

SSDs on the market today can be distinguished based on their shape and size. These types of SSDs can be used for computers, whether a laptop or desktop. However, there are also SSDs that are specifically used for desktops only. Here are the types of SSDs.

You could say that the 2.5 Inch SSD is the most common types of SSD found today. There are various drive thicknesses in this 2.5 Inch SSD size format. If you put it on a laptop, you can find out how thick the hard disk can be accepted by the laptop.

This 2.5 inch SSD form is suitable for you to use to replace your old laptop HDD so that its performance is even better. An example of a product for this types of SSD is the WD Green 120 GB SATA SSD. If you need a 2.5-inch HDD type and want to know other brands that produce this SSD.

SSD mSATA has a smaller form factor than standard SSDs and is designed for use with portable devices that have limited power such as laptops, tablets, and netbooks. The mSATA SSD has also been used in a variety of commercial products such as digital markers, point-of-sale devices, retail kiosks, and multifunction printers.

The size of the SATA SSD is about the size of a business card. The advantages of the mSATA SSD in addition to its small form are low power consumption, resistance to shocks or vibrations, and can boot or shut down the device quickly. An example of this product is the 850 EVO mSATA 1TB SSD.

The M.2 SATA SSD is designed to deliver high-performance storage media in thin, low-power devices, such as ultrabook laptops and tablets. This types of SSD generally has a smaller size than an SSD mSATA.

NVMe or Non-Volatile Memory Express is a standard or communication protocol developed specifically for SSDs by vendors such as Intel, Samsung, SanDisk, Dell, and Seagate. Basically, NVMe allows flash memory to operate as an SSD directly through the PCIe interface rather than via SATA and is limited by slower SATA speeds.

M.2 is just a form factor. M.2 drives can be in the SATA version (such as the Crucial MX500 M.2 for example) and the NVMe version (like the Samsung 970 Pro). NVMe operates throughout the PCIe bus which allows the drive to work faster. In essence, this NVMe SSD is really fast when compared to other types of SSDs.

Besides Crucial MX500 M.2, you can also find inexpensive NVME SSD products such as ADATA M.2 NVME SX6000 or expensive ones such as the Samsung 970 series.

Furthermore, there is a PCIe SSD that uses the PCIe interface. PCIe is one of the four SSD form factors. In general, PCIe-based SSDs have better performance than Serial ATA (SATA) server-based. Format specifications for PCIe-based devices are developed and maintained by the PCI Special Interest Group (PCI-SIG).

An example product for a PCIe SSD is the Intel Optane SSD 905P Series. In addition to this form, Intel also has a special type of product that works similarly to SSDs and has an M.2 form factor, namely Intel Optane Memory. Intel Optane Memory works as a cache whose job is to speed up HDD performance.

Those are some types of SSD according to the shape and size of the market. This SSD you can use to make old computers feel faster performance. Just replace your current laptop HDD and replace it with an SSD.

Although the SSD capacity is smaller than the HDD, then you can optimize your laptop HDD by being used as an external storage media (after being replaced with an SSD).

Thank You for Reading.

/data, /recovery, /system… These are all the memory partitions on your Android 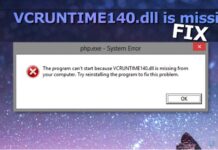 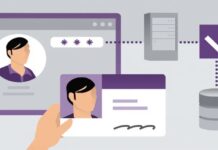 What is Access Control & How does it help Potect Data

Coronavirus Live Data with Maps and Tips to be Safe